A North Carolina police officer has been fired after being caught on camera saying he “can’t wait” to slaughter Black people and that a civil war was needed to wipe them out.

Williams said the audit discovered extensive violations of the department’s policies, including the standards of conduct, criticism and use of inappropriate jokes and slurs. 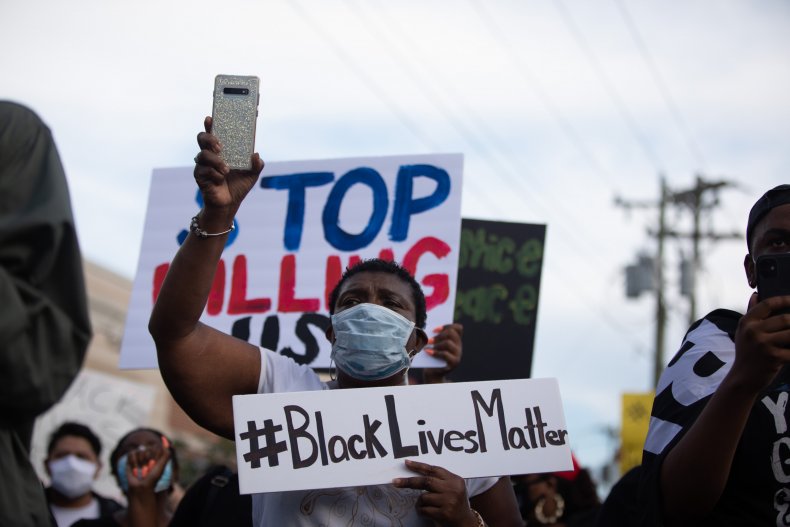 According to documents released by the police department, the investigation into the officers began when a sergeant conducting a routine monthly video audit on June 4 reviewed footage from Piner’s car that had been classified as an “accidental activation.”

After the sergeant listened to parts of the two-hour video, she determined comments made by Piner and Moore were “extremely racist” and notified the department’s administrator for the camera system and an internal investigation was launched.

Just after the 46-minute mark of the video, Piner and Gilmore began talking to each other from their respective cars. Piner said the department’s only concern was “kneeling down with the Black folks.”

At one point, Pinner says he knew another officer was “bad news” and added: “Let’s see how his boys take care of him when sh** gets rough, see if they don’t put a bullet in his head.”

Around 30 minutes later, Piner received a phone call from Moore, according to the investigation.

During that conversation, Moore referred to a Black woman he had arrested the day before as a “negro” and a racial slur multiple times. “She needed a bullet in her head right then and move on,” Moore also said about the woman, according to the investigative documents.

Later, Piner told Moore that he feels a civil war is coming and that he is “ready.”

Moore responded that he wouldn’t do that, but Piner said: “I’m ready.”

Like Loading...
‹ The US counties most vulnerable to Covid-19 are disproportionately Black and Hispanic
#Technology News : International Submarine Cable System 2020 ›