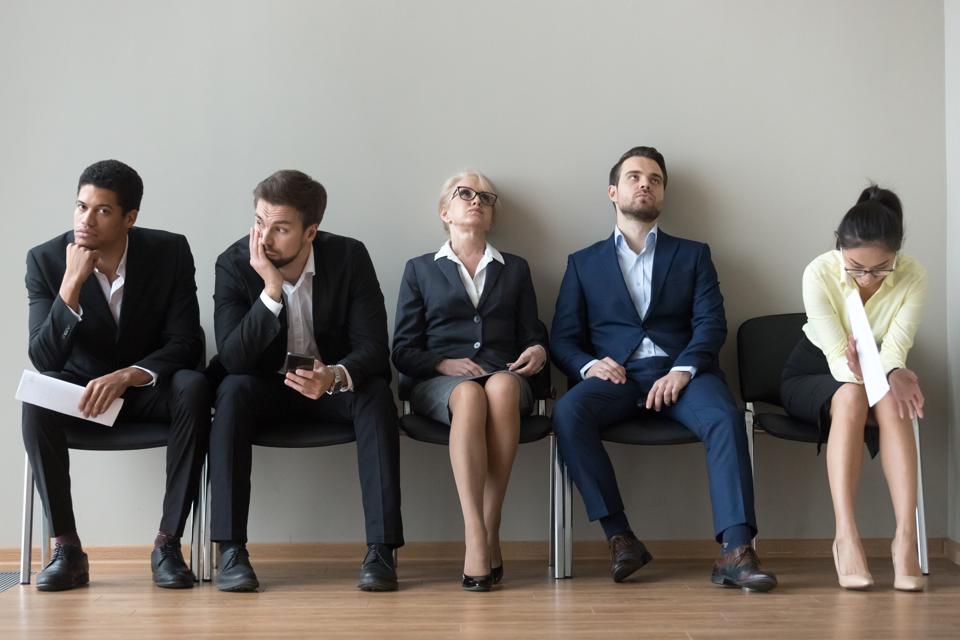 After hiring for thousands of jobs over 20+ years of recruiting, I have seen many different styles of hiring. Sometimes, a company looks at resumes (submitted in response to a job posting or via a recruiting agency), picks a few candidates to interview and hires one person from that process. This is the traditional job search to which too many job seekers tailor all their job search efforts. However, that traditional hiring process is less and less common.

Companies are strapped for time and hiring power, and looking at stacks of resumes takes a lot of resources. I received over 1,000 resumes for a recent HR Director search. Companies know that some of the best talent is gainfully employed and not responding to job postings or even recruiters, so companies need to change their hiring to attract this desired candidate pool. For the most competitive jobs, I am actively building a candidate pipeline even before an opening is finalized.

The net result is that more companies are not selecting candidates from a stack of resumes, but rather identifying them by other means. Relying only on job postings or recruiting relationships to find job openings will not account for all available jobs. Companies are also vetting candidates earlier in the process, well before the first interview. Assuming you only have to drop a resume to get seriously considered will take you out of the running prematurely.

Having a good resume is not enough for today’s job search. Here are five things job seekers also need to land a job interview:

Back door references are different from this reference check process, in that these references are checked before an offer is decided (sometimes even before a first interview is decided). These references are also not supplied by the candidate, but rather dug up by the employer. For example, you list Company X as a former employer on your resume, and I contact a recruiting friend over at Company X to say, “John Smith was referred to me as someone who’s great at branding, and apparently he worked at your place. Did he do well there?” This is clearly not an in-depth reference, but it’s a pulse check on whether to go any further. I have been involved with searches where my hiring clients would not move forward with any candidate where we couldn’t get at least one positive back door reference.

Even when I worked with Fortune 500, brand-name employers who had a large candidate database in-house, I still relied on LinkedIn research to identify candidates. Remember that employers love passive candidates who are not necessarily looking. These candidates surface because someone recommends them, they are well-known in their industry or they are found online.

Your online profile is not just your LinkedIn profile. It also is your activity, and everything the comes up when you do an Internet search on your name – media mentions, publications, social media activity. I once saw an executive search almost derailed because an internet search brought up a controversial comment by the candidate on a common online community (think Quora or Reddit). Some employers dig deep into your online activity. In addition, if your job or industry entails online activity – e.g., marketing, technology, media – your own online profile and activity is a reflection of your work.

Have you run an Internet search on yourself? Do you have a Google alert on your name? Is your online profile optimized?

Your online profile may already include work samples, such as a website you worked on, a report you wrote or a presentation you delivered. If you don’t want to broadcast these so publicly, you should at least have them readily available upon request. More and more employers are asking for a sample of work related to the job opening at hand.

This is partly to shave off time in the hiring process – by looking at samples in advance, employers can make even more cuts before the interview process. Asking for work samples also differentiates candidates who are willing and able to go the extra step to land the job. Candidates unwilling to provide a work sample might not be that interested in the job. Candidates unable to provide a work sample might not have the experience they claim. Better to find out now before investing any more hiring resources into that candidate.

Do you have tangible samples of your work? If you don’t yet have a portfolio of projects you have worked on, start curating now.

Unlike the work sample which is something you have already done, the skills test is something completed during the hiring process and directly related to the job opening. Over the years, I have found more and more companies including a test of some kind. Many companies give a test after an initial phone screen, but some companies start with the test before any interviews. Most of these tests don’t take a lot of time, but similar to the work sample, they are effective in weeding out candidates unwilling or unable to go the extra mile.

How would you fare in a skills test for a job or company you want? Do you have the skills to do the job right now? Career changers, you cannot present like you need to learn on the job (a common mistake that career changers make!). Do you know enough about the company to write a letter of intent or outreach to its key customers?

Even if a company doesn’t ask for any of the above and jumps right to the interview, it still might not be the person-to-person interview you are expecting, but a recorded interview using an online service, such as Big Interview or InterviewStream. With these online services, companies pre-record screening questions and candidates conduct the interview remotely. While this simulates a first-round interview, it still requires extra work on behalf of the candidate.

Video interviews are not the same as live or phone interviews and require different preparation. You will have to learn how to use the specific technology for whatever interview recording platform the employer decides to use. Like a skills test or work sample, you have an extra step to complete before any chance of meeting someone at the company.

Are you prepared for a recorded video interview? For which jobs and companies are you willing to go the extra step?

Companies are asking for more upfront, and you decline at your peril

I once interviewed a marketing candidate who refused to take an Excel-based marketing test that would have taken less than 15 minutes. She said she was insulted to have to take it given her years of marketing experience, but since she initially asked me to send her the test, I wonder if she didn’t think she would do well. Regardless, she didn’t move forward in the process because my client only wanted to look at candidate resumes, along with their marketing test score.

I once recommended a friend to a consulting job, and the hiring company was using a video interview platform and also asked for a letter of interest and work sample. That’s three extra steps, but none of these were particularly hard or time-consuming. Video interviews typically have fewer than 10 questions, if not five. A letter of interest is a cover letter but focused on interest for that job and company – you should have a template that can be tweaked in short order. Job seekers should always have work samples. Yet my friend refused to comply, stating that if the company were serious about her they would be willing to consider her on her resume alone.

That’s a dare that could cost her an interview. Yes, extra steps take time, but not that much time if you really know the job and want the company – which is precisely why these extra steps are becoming more common. If you are unwilling to go the extra mile, you may not move forward to the interview process.